eBay can be a fun way to research WWI soldiers in a way that wouldn’t have been possible ten years ago. With the emerging databases of WWI soldier roster information and the ever-expanding capacity of Ancestry.com for genealogical data, WWI veterans are becoming easier and easier to research. In this case, I purchased a photo of two US officers posing in a French studio in March of 1919. The signature on the front and the inscription on the back give roughly enough information to make a positive identification. The standing officer is 2nd Lt. William H. Barry of Langley, Washington. He served with F. Co of the 28th Infantry Regiment, 1st Division during the American involvement in WWI. He was awarded the Distinguished Service Cross (DSC) for his bravery and extraordinary heroism in the breakthrough of the Hindenburg Line. A large percentage of his company became casualties and he assumed command after the CO was wounded. He reorganized the company and completed their objective under the rain of German machine fun fire.

To think, this photograph was obtained on an internet auction site for less than the price of a tank of gasoline and had been sitting in a pile of postcards for years before it was posted. I’m glad to provide this information – I hope a family member can find this post and learn a little about their ancestor! 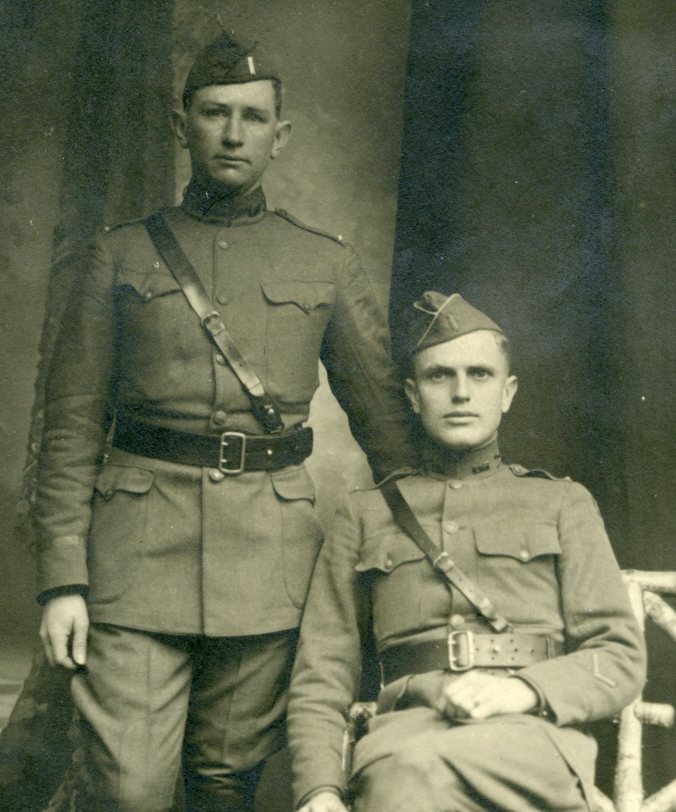 BARRY, WILLIAM H.
Second Lieutenant, U.S. Army
28th Infantry Regiment, 1st Division, A.E.F.
Date of Action: October 5, 1918
Citation:
The Distinguished Service Cross is presented to William H. Barry, Second Lieutenant, U.S. Army, for extraordinary heroism in action near Exermont, France, October 5, 1918. Assuming command of his company after his company commander and a major portion of the company became casualties, Second Lieutenant Barry reorganized his company and personally led it forward in the attack, successfully attaining his objective in the face of intense machine-gun and artillery fire. He constantly exposed himself to enemy fire in order to encourage and insure the protection of his men.
General Orders No. 103, W.D., 1919
Home Town: Langley, WA 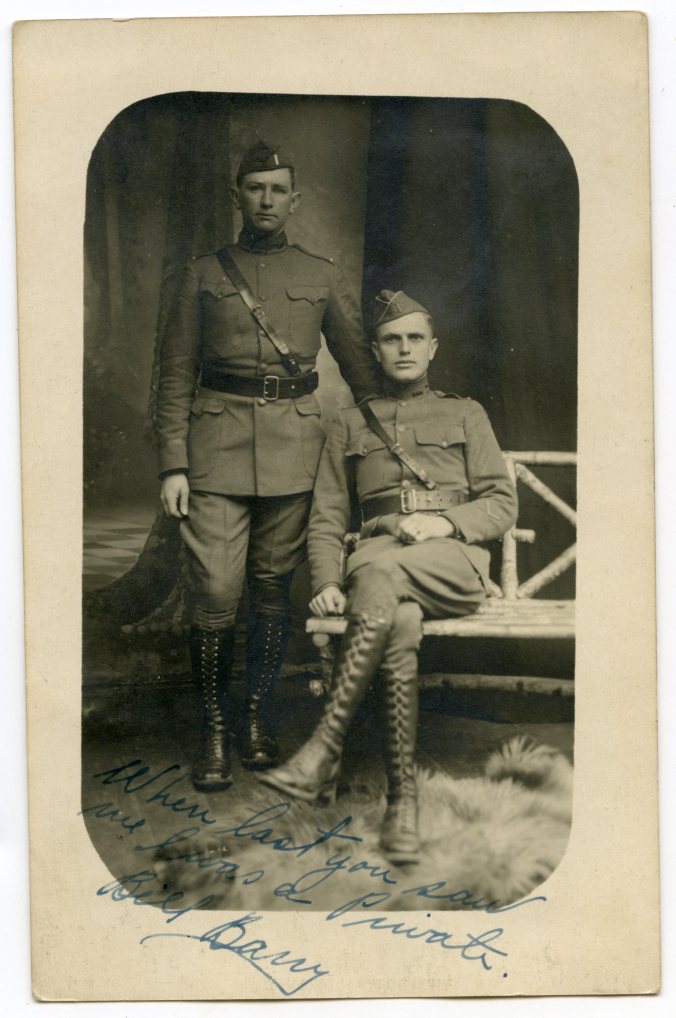 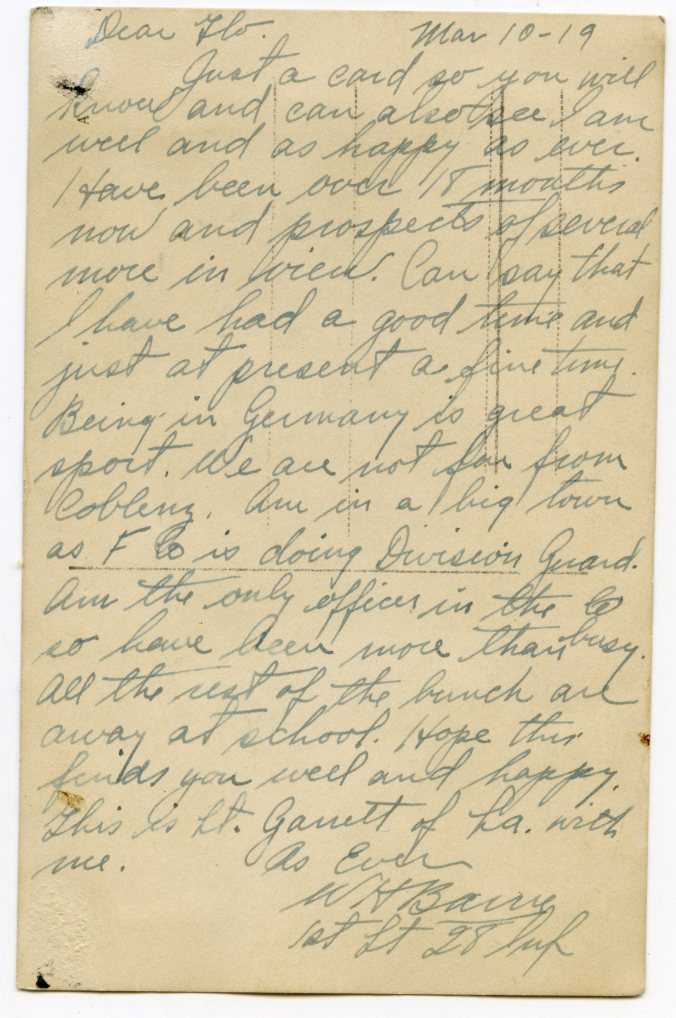