I picked up this little gem in a Palmer Massachusetts antique store a few months back and never took the time to look at the photo closely until this past week.  The frame was intricately created; something not often seen in run of the mill WWI photos.  The gold stars on the corners and bottom of the image should have been a dead giveaway.  Once I  decided to look at the photo a little closer, I took the frame apart from the back and began to uncover the identity of the soldier depicted in the image.  I knew he was a member of the 7th Infantry Regiment; this was evidenced in the collar disc.  The 7th New York eventually became the 107th Infantry Regiment of the 27th Division.  Harold was in Company H.

The reverse of the photo was beautifully inscribed with everything I needed to know to track this fellow down.

Killed in France in the

After extensive research I’ve learned that Harold was killed during the operations before the Hindeburg Line east of Ronssoy, September 29th, 2918.  His citation for the day reads:

I found an auction result online that showed his medals which were sold in 2008 at an auction in NY. A beautifully inscribed NY veterans medal for a KIA was included.  I wish I had that grouping!

Provided by Steve M. of http://txinid.wordpress.com/ 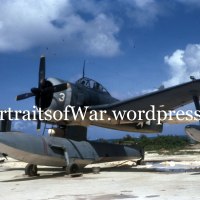 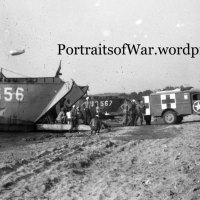 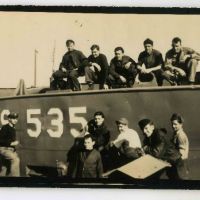