Followers of this blog know that I love to identify WWI photographs using obscure bits of information to track down census and military records.  In this case, I purchased a series of three postcards on eBay with no solid identification in hand.  When the postcards arrived, I realized that I had a slight chance to identifying the Marine.  His hat is sporting a Marine Corps EGA insignia as well as some unit designation.  13 M identifies him as being in Company M of the 13th Marine Regiment of the 2nd Division.  Included with the photo was a postcard note sent to a loved one when he returned from overseas service. 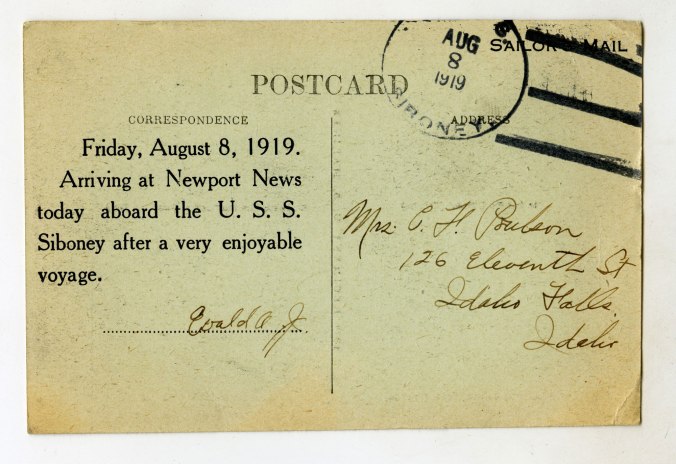 The unknown Marine scribbled his first name and middle and last initials.  Evald A J.  He also sent the postcard to a Mrs. C F Poulson of Idaho Falls, Idaho.  A quick census search for a C Poulson of Idaho Falls brought up a record for a Mr. Christian Poulson and a Esther A. Poulson.  My gut instinct told me that he was likely sending the card to his sister to announce his arrival back home in the states, so I did a series of census searches to find some clues………

Bingo!  Evald Johnson is listed as a brother to both Esther and Ebba.  The mystery is solved!  Now to confirm his service with the 13th Marine Regiment.

I easily tracked down his WWI draft card and matched up the signature with the postcard.  A perfect match.

From here I had a hunch to track down the Marine Corps muster role for Company M of the 13th Marine Regiment.  Another solid hit.

And to top it all off, I did a newspaper search for the Idaho area in 1919.  With some luck I found a brief article mentioning his return and his service with the Marines.

“They have come back bigger and better men than when they went away and have taken up their work with the Register and filling their places with credit. The three men are Evald A. John­son, who has been with the Register for some fifteen years, and who re­signed the position of foreman to en­ter the service, enlisting in the ma­rines, going to France, where he put in abmout one years of service.” 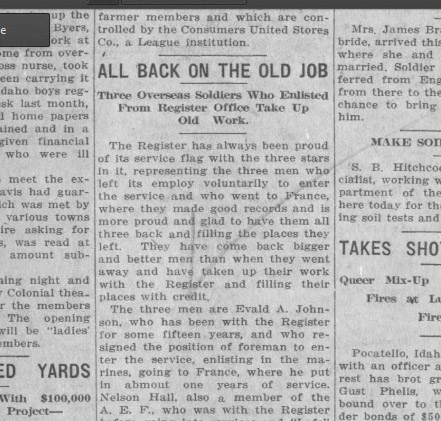 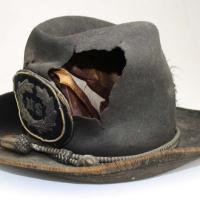