PortraitsofWar followers will know that this site focuses on photographs and vignettes of WWI and WWI soldiers whose stories have never been told. In tonight’s post, we will focus on the story of a young puppy and an equally young soldier who had their photo taken by a U.S. Signal Corps photographer in 1943 somewhere near Fort Eustis, VA. Often times the photos taken by Signal Corps photographers only circulate within very specific regional circles if at all. For example: a photograph of a Burlington, VT soldier is snapped in France while posing with a German tank; if the photo was otherwise unspectacular, prints of the photo may only be sent along to HQ and possibly to a local Vermont newspaper. Also, the photographer, after printing, had the option of requesting a copy of the photo for personal uses. A large percentage of WWII photographs were never printed due to lack of local interest, quality and context.

In this case, we have an incredible endearing photo of Private Carl Harris, a Battery Cook from New York City receiving a well deserved kiss from the unit mascot, Sergeant Hangover, a puppy that was adopted by his unit. Photos like these are what PortraitsofWar is all about! 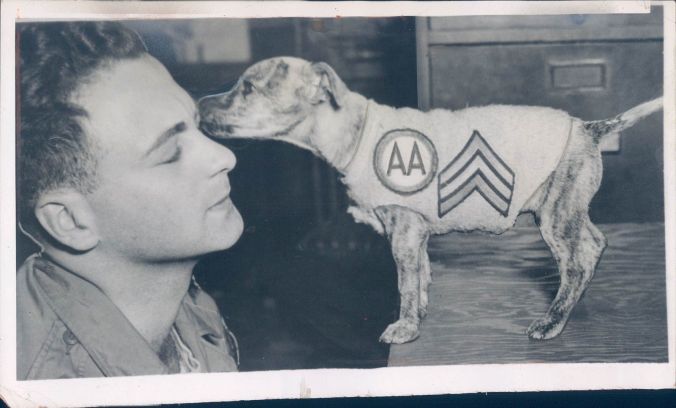 Private Harris and Sergeant Hangover in 1943

1943 period information on the reverse 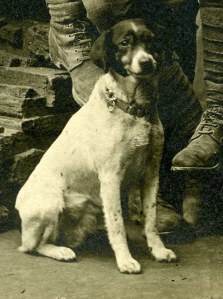 One of my favorite WWI photo tropes is the mascot dog pose.  This photo caught my eye due to the presence of the medics with visible red cross armbands but was further enhanced by a little Jack Russell Terrier mascot.  Taken in France in early 1918, this image is a wonderful representation of the lighthearted antics that kept front line medics sane during the horrors of WWI trench warfare. 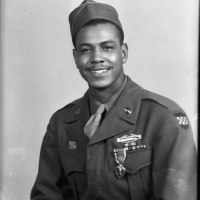